Since the emergence of Business Process Management (BPM), organisations adopting it have had a wide variety of experiences – some successful and others less so. Some would argue that because BPM is so amorphous that any project is considered to be analogous to ‘boiling the ocean’ and therefore the outcomes may vary from exceptionally successful to, in some cases, disastrous.

Typical challenges that often cause concerns during a BPM initiative include:

END_OF_DOCUMENT_TOKEN_TO_BE_REPLACED 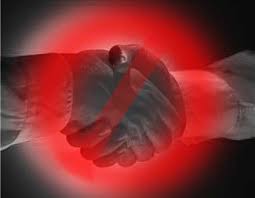 After the recent news that Open Text is to acquire Metastorm, it has been revealed that the long rumoured HP talks with Tibco have not gone as planned.

According to a Reuters article,

The Reuters article goes on to say that

It was not clear why the talks fell apart or if they will be resumed, although the tech giant is currently scouring the industry for other software targets, the sources said.

Tibco has been the subject of takeout rumors for the past several years, yet the company has never disclosed that it has been in talks to sell itself.

The question now is who will HP target to fill its capability gaps? Doug Henschen (InformationWeek) thinks that

If HP is now shopping for other companies, as Reuters’ report suggests, Software AG and Progress Softwareare both potential targets, given their integration, SOA infrastructure, and business process management software. Software AG is larger than Tibco, with about $1.4 billion in revenue last year. Progress is smaller, at $156 million in 2010 revenue.

What are your thoughts?

Where in the world?